Continued from Cape Town to Hermanus

We left Volmoed at 8:30, after a very pleasant few days, including having time to chat to an old friend Barry Wood, who was a fellow member of the committee of the Anglican Students Federation in 1965, and we spent a term together at St Paul’s College in Grahamstown in 1968, but we had seen very little of each other since then. He had retired to Volmoed, as he was committed to its vision of community, the kind of community sometimes called “the new monasticism”. 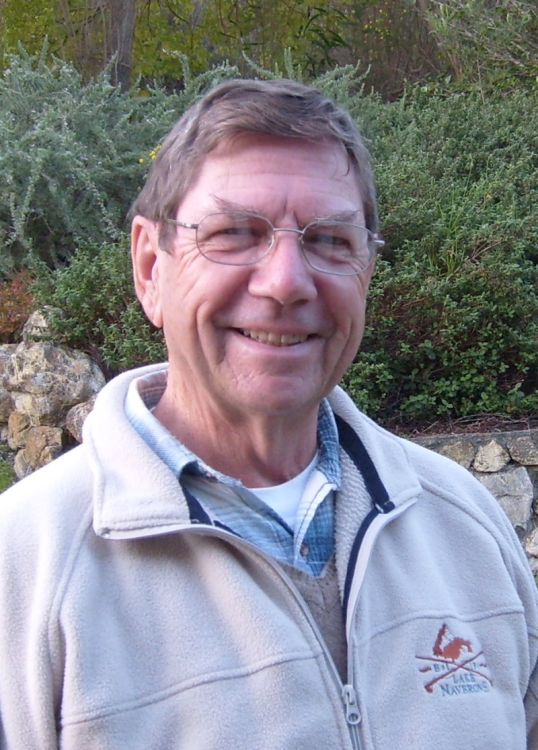 On the road to Caledon we were suddenly transported to another world. Ten years ago we went on holiday to the UK, and there, as now, it was spring, and all over southern England we saw sights like this: wind farms, fields of yellow rape seed, and sheep.  It was quite surprising to see them in the Western Cape — very, very English! 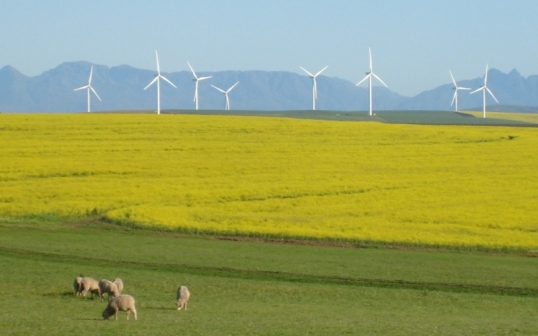 A very English rural scene in the Western Cape

Travelling east from Caledon along the N2 we passed cornfields with waving wheat, more rape seed, and grazing cows. As Val pointed out, it was bread, butter and margarine. We turned off the national road just past Swellendam and drove up the Tradouw Pass. It seemed better to approach it from this side, as all the uitkykplekkies were on the right side of the road, and one did not have to cross the traffic on blind corners to reach them. 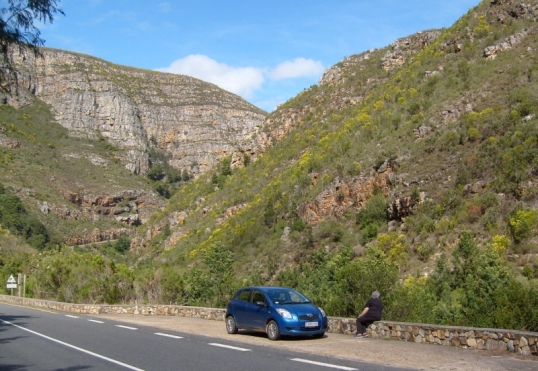 We passed through Barrydale on the R62, now being promoted by Western Cape tourism as the tourist route to follow. We stopped on the hill above to look at the town, and I phoned Dick Usher, a friend we had visited here four years ago, but was told that the number we had dialled did not exist. Last time we saw him he had been having to travel to Somerset West every week for therapy for lung cancer, and the recorded voice on the phone sounded like a death knell.

Somewhere between Barrydale and Ladismith, we passed Ronnie’s Sex Shop, which seems to have made itself famous. There was another spectacular pass between Ladismith and Calitzdorp, the Huisrivier Pass. I’d never heard of the Huis River before, but the geological formations rivalled those of the not too distant Swartberg Pass. 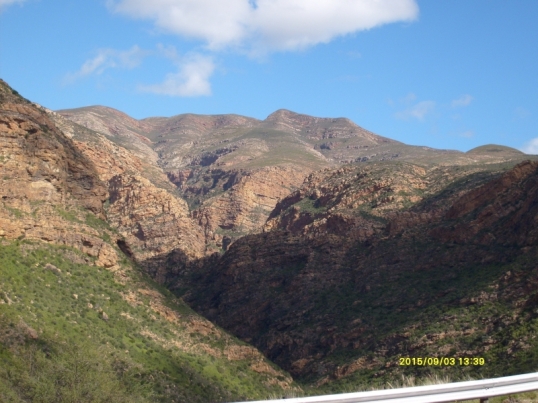 Huisrivier Pass, between Ladismith and Calitzdorp

We stopped for lunch in Caltizdorp, at Ebenhard’s Restaurant, which had a carden setting. Smaller towns do not usually have branches of be big chain fast food joints like Spur, Nando’s, Wimpy and the like, and it is nice to eat in smaller places where the food is less predictable. Calitzdorp also had a lot of nice old houses. 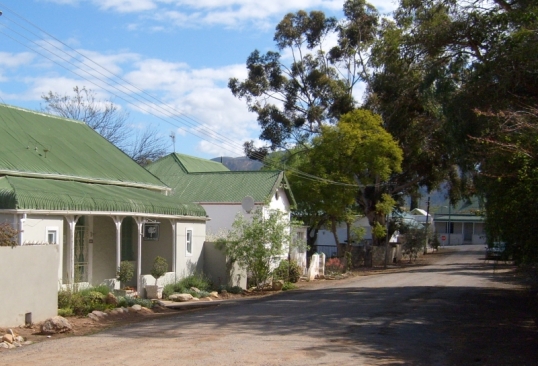 We passed through Oudtshoorn, and followed the N12 to De Rust, and then up the valley of the Olifants River (a different one from the one on the west coast), along the line of the Swartberg. 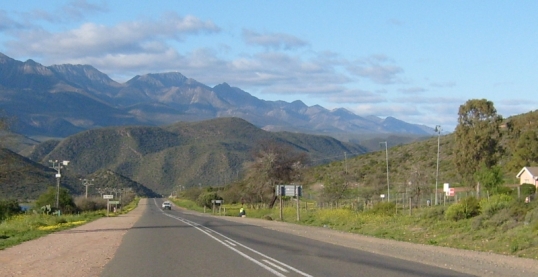 Approach to De Rust, with the Swartberg in the background

There were also spring flowers here, including some late-blooming aloes, which usually appear in late winter, but a few of them had waited for spring. 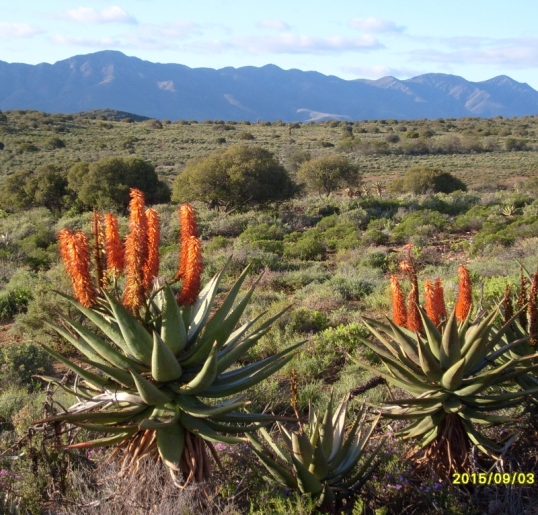 Aloes and the Swartberg

We turned up the N12 towards Willowmore, and crossed into the Eastern Cape province, and stayed at the Keurbook Farm in Ghwarriespoort.

Continued at Ghwarriespoort to the Gariep Dam.

One thought on “Hermanus to Keurfontein”