Is “politically correct” a euphemism for “euphemism”?

Is “politically correct” a euphemism for “euphemism”, or vice versa?

It was reading this that made me wonder The Return of Public Vulgarity by Slavoj Žižek:

It may appear that this disintegration is counteracted by the growth of political correctness, which prescribes exactly what cannot be said; however, a closer look immediately makes it clear how the “politically correct” regulation participates in the same process of the disintegration of the ethical substance. To prove this point, it suffices to recall the deadlock of political correctness: The need for PC rules arises when unwritten mores are no longer able to regulate effectively everyday interactions—instead of spontaneous customs followed in a nonreflexive way, we get explicit rules, such as when “torture” becomes an “enhanced interrogation technique.”

The crucial point is that torture—brutal violence practiced by the state—was made publicly acceptable at the very moment when public language was rendered politically correct in order to protect victims from symbolic violence. These two phenomena are two sides of the same coin.

Obviously “enhanced interrogation technique” is a euphemism for torture, and it is equally obvious that that kind of language is politically correct in the US military. Another example might be “collateral damage”.

I recall seeing, in the Okavango in Northern Namibia back in 1969, vehicles with the letters BT in their number plates. Back then most vehicle number plates had letters indicating the place of origin of the vehicle, and I asked about it, and discovered that it stood for “Bantoe Tuislande” (Bantu Homelands). It wasn’t really a euphemism, but it was certainly political correctness, and an attempt to brainwash the populace into accepting the National Party government’s “homelands” policy by manipulating language.

When the political order changed, much of the politically correct terminology of the old regime became politically incorrect, but some didn’t. “Homelands” continued to be used, with little stigma attached. 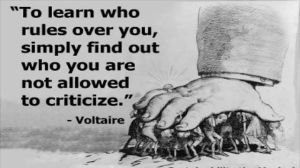 One of the most curious instances of the new political correctness is “former Model C Schools”. “Model C schools” only existed for about 3 years, and were a last-ditch attempt by the National Party to retain school segregation by privatising education for white children. There were originally four models, A, B, C and D, which parents were asked to vote on. They had to do with schools deciding on their own admission policies. Since they were all-white schools, the issue was whether to admit black pupils. Model B was that  schools would continue to be funded by the government, but would be free to decide their own admission policies. Model C was the semi-privatisation one, but they could still decide their own admission policies. Schools that voted to become Model B were nevertheless forced to become Model C a year or two before the first democratic elections, with parental wishes thrown overboard. But people speak of the “Former Model C” schools rather than the former all-white schools. Why? A euphemism? Political correctness?

Part of the problem is that people often speak of political correctness as if it were just about words, and nothing more than a synonym for “euphemism”. But this is false.

Think, for example, of privatisation.

If you support the DA, you may have heard them advocating the privatisation of South African Airways; but the ANC was prevented from doing that very thing by the EFF, who criticised the deposition of Nene as Minister of Finance. The quickest way to privatise SAA is to run it into bankruptcy and sell it cheap to the Guptas.

And though “enhanced interrogation technique” may be politically correct in the US military, it is politically incorrect in Amnesty International, by that or any other name.