I’ve become interested in literary genres recently, mainly because I’ve been reading several books that are difficult to classify. I’ve been looking for books that are similar to those of Charles Williams, and someone said that they belonged in the urban fantasy genre.

It seems that I was the only person who voted for it, so if you think it deserves better company, please go there and vote for it too.

I’m not sure, though, that moving it further up the list would put it into better company,. because at the top of the list, with 2631 votes, is City of Bones by Cassandra Clare, the reviews of which do not inspire much confidence.

And it’s not just the reviews. It’s the cover, which features a faceless male torso. 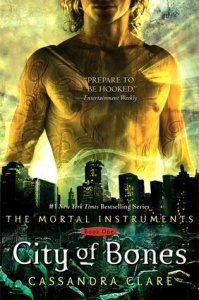 The faceless male torso seems to be a meme, or trope, or whatever you call it, that is featured on about one in ten books nowadays. I recently entered my latest book, The Year of the Dragon, in a book cover competition, and in those competitions there is almost always at least one cover with a faceless male torso.

It seems a rather odd thing to have on a book cover, and it makes me think of the the title, though not of the content, of a book by C.S. Lewis, Till we have Faces.

I checked to see what lists Till we have Faces was on, and it was only on one — Novels for grown-ups by authors better known for their children’s books. I added it to The Best of Mythic Fiction list, and one other. Again, go there and vote for it if you think it deserves to be found by more people.

Dropping back down from the face to the torso again for a moment, C.S. Lewis and Charles Williams did once publish a book about the Arthurian torso. It might have been better known if it had been published with an illustration, like one of these.

That should keep us going till we have faces.

Now, back to literary genres, and especially urban fantasy.

5 thoughts on “Urban fantasy, mediocrity, and the male torso”