In an earlier post I listed some of the main political parties in South Africa, and my reservations about voting for them.

One of the things that stands out for me in this year’s general election is that so many people I know, even those with fairly strong political convictions, don’t know which party to vote for.

Now I’m trying to make a list of the parties I’m thinking I might vote for. I’ll be watching to see what they do, and hope that if anyone knows of any dodgy dealings by people on their lists they’ll let me know. 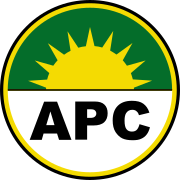 The African People’s Convention is a breakaway from the PAC, it has had one member of parliament in 2009 and 2014, Themba Godi. He is the only opposition MP to have chaired a parliamentary committee, and to all accounts has done it quite well.

PRO: It is a parliamentary party and therefore not likely to be a wasted vote for a pip-squeak party. I know nothing bad about its only MP. It seems to have broad political principles rather than a narrowly-defined ideology like the SRWP below.

CON: Don’t know enough about them and their policies, though if there are policies I strongly disagree with, they are unlikely to be in a position to implement them after this election.

It has only just been formed, but it has been one of the few groups to explicitly counter the Thatcherism of the ANC, whose policies of privatisation and semi-privatisation have led to the plundering of public resources by monopoly capitalism (white AND Indian, if you want to get all racist about it). In representing the urban workers it is similar to the MDC in Zimbabwe.

PRO: It might oppose the Zuptas’ “Radical Economic Transformation” of South Africa into a kleptocracy.

CON: It seems, to all accounts, to be wedded to a rigid Marxist ideological framework, which can lead to internal squabbles about political correctness. Also, it seems to be linked primarily to one trade union, so its claim to be able to unite the working class seems a little hollow.

Not to be confused with the old Liberal Party, which disbanded in 1968. This one was formed in 2017, and like the SRWP was a reaction to the corruption of the Zupta-dominated ANC.

PRO: They affirm liberal values, and are very aware of corruption and the danger it poses to the country.

CON: I was at the official party launch in 2017, and was not sure whether the main thrust of the party would be nonracial liberalism or coloured nationalism. Both seemed to be almost equally prominent. Also, I’m not sure if it’s even registered for the 2019 elections.

Any other parties worth considering?

I’m not interested in hearing about the main parties listed in my earlier post here — please comment there if you have a good counter for my reservations about them.

At the moment I’m most inclined to vote for the APC, but that could change at any time between now and 8 May.