Archive for the tag “bloatware”

I’ve just reloaded Firefox for the sixth time this morning.

It crashed three times, but each time I restarted it it tried to reload all the stuff that had made it crash in the first place, so I had to close it and restart it again.

I remember when Mozilla’s flagship browser was Netscape. It was what I used when I first started exploring the Web, 21 years ago. But it became bloated and cumbersome, and so they wisely decided to split it — the browser part became Firefox, and the mail and news reader became Thunderbird, and they were lean, mean and fast.

Now, however, Firefox has become as bloated and clunky as the old Netscape.

I first began to notice a serious slowdown when I tried to download a PDF file, and instead of downloading it, Firefox opened and displayed it. I wasted quite a lot of time and bandwidth trying to discover how to download the file in order to have it for future reference. It seems that Firefox had added its own PDF reader, which made its memory footprint bigger, and slowed it down quite a lot. 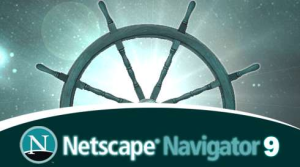 Then it seems to have added something called “Pocket”, which it tells me is better than bookmarks (how?), and that seems to have slowed it down even more. It’s costing me a lot in coffee.

Why? Because when I’m working on something, and want to check a fact on the web, the date of a monarch, or the spelling of a word, I go to make a cup of coffee while waiting for the page to load.

They say they don’t want to develop Firefox for Windows XP any more, because it’s too much hassle to put all these bells and whistles into it.

Well that’s OK, just go back to a version that had fewer bells and whistles and more pistons and cylinders, and re-release that. Then you can go back to playing around producing bloatware for those who can  afford to keep up with the Joneses by buying a new computer every year with more and more memory.