Archive for the tag “France”

Graham Greene is writing about the French occupation of the Rhineland after WW 1, in 1923. Greene writes disapprovingly of the arrogance of the French, and their ill-treatment of the native Germans.

One of the most startling indictments of the whole futility of French policy, of her cries of “security” and “revenge”, was the sight of a small Spahi, with his ragged beard and dirty khaki cloak, lounging beneath the Porta Nigra, the great Roman gateway that has stood there for sixteen hundred years.

It must be remembered, however, that the French claim that there are no blacks on the Rhine. Blacks, they say, are negroes, and their troops Senegalese or Moroccans. It is an interesting distinction, and in Bonn especially I “imagined” many negroes. The fact, however, that a Frenchman is free from colour prejudice is no excuse for quartering them on a population that is known to possess it. It is a deliberate insult against a defenceless people.

I’ve long been an admirer of Graham Greene as a writer,m and it took me a while to get my head around that. 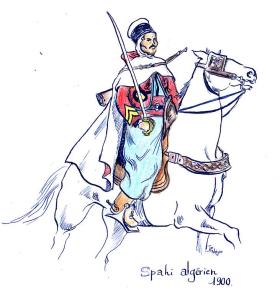 It’s not that the attitude is unknown to me. I’ve encountered it before — the idea that failing to pander to people’s racism is somehow unjust. But in the past I’ve usually seen it from those who feel themselves to have been unjustly treated in this way, not from a relatively neutral observer, a journalist reporting on the occupation, and a writer I have rather admired.

In his articles on the occupation Greene reported that the way the Germans were bring oppressed by the occupiers would lead to a fresh outbreak of war within 20 years. In that he was right, though it came sooner than that, it took only 16 years. And yes, it was that repression and French revanchism in particular that facilitated the rise of Hitler and the Second World War.

But with hindsight we can also see clearly what German racism would lead to — mass murder and genocide, and Greene did not foresee that.

Asylum seekers seem to keep on making news. In some places, like Australia, asylum seekers are regarded as criminals, and the media sometimes refer to “suspected asylum seekers”, as though seeking asylum was a crime one could be suspected of committing.

The Universal Declaration of Human Rights, which has been signed by most countries, says:

(1) Everyone has the right to seek and to enjoy in other countries asylum from persecution.
(2) This right may not be invoked in the case of prosecutions genuinely arising from non-political crimes or from acts contrary to the purposes and principles of the United Nations.

In Canada, it seems, this right has been respected even when it seems contrary to Section (2) above: Row as Canada gives asylum to white South African | World news | The Guardian

Asylum seeker Brandon Huntley claimed he had been persecuted, abused and repeatedly stabbed. But it was the reason he gave for his ordeal that caused a diplomatic rift today. Huntley is South African – and white.

Canada’s decision to grant him refugee status because of his colour prompted accusations of racism from the South African government and a fresh bout of soul searching in a country still scarred by the legacy of apartheid. Some South African whites say they have become a persecuted minority.

But France refused asylum to Vladimir Popov, Yekaterina Popova and their two children, who claimed that they were persecuted in Kazakhstan because they were Orthodox Christians and ethic Russians. French authorities kept them in detention for two weeks and repeatedly tried to deport them to Kazakhstan. That seems to be in line with the treatment of asylum seekers in Australia and, in some cases, South Africa.

But in this case the European Court of Human Rights disagreed Interfax-Religion
reports:

The European Court of Human Rights found France guilty of violating Article 3 (prohibition of inhuman or degrading treatment), Article 5 (right to liberty and security) and Article 8 (right to respect to private and family life) of the European Convention on Human Rights, and ordered France to pay the family 13,000 euros.