Archive for the tag “plum jam”

Where has all the jam gone?

Where has all the jam gone? 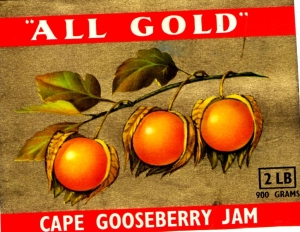 When we go shopping nowadays there seem to be only four varieties of jam in old-fashioned tins: apricot, melon & ginger (flavoured), strawberry and fig. Oh yes, and mixed fruit, which is presumably “all of the above”.

One of the most recent ones to go missing is Youngberry. One used to be able to pick it up in the local Spar until a year or two ago. But the list has grown steadily shorter over the years.

There seem to be three main brands available now: All Gold, Koo, and Rhodes, but they all seem to be limited to the same few varieties.

So we started making a list of all the kinds of jam we used to like, but which have disappeared from the shops.

Can anyone think of others?

And then there were the bottled jams, usually imported and more expensive, but sometimes nice as a treat. They included lime marmalade (Rose’s), blackberry, blackcurrant and raspberry.

Perhaps the problem is monopoly capital. Koo, if I recall correctly, used to be a farmers’ cooperative, ie a socialist enterprise. But it seems to have been taken over by the Tiger Food Group, which is based in Joburg, a long way from the fruit farmers. But ironically you can’t even get their eponymous product, Tiger Oats, any more.

But it’s jam we’re talking about here, even though I believe some people used to put jam on their oatmeal, back in the days when you could still get them.