Archive for the tag “politically incorrect”

I have always understood the primary meaning of “political correctness” to refer to the subservience of burrowing apparatchiks who try to align their opinions with those perceived to be in power.

A primary example in South Africa today would be ANC members of parliament, and of provincial and municipal councils, who do not dare to criticise Jacob Zuma, even though they may have private misgivings about him.

I believe the term originated in Marxist or Communist party circles, where people might precede some criticism of the party line, however mild, with an ironically self-deprecating phrase such as, “It may not be politically correct to say so, but…”

From there it spread to other groups and other power structures, but with the same general meaning of unwillingness to criticise those perceived to be in power, and an unquestioning adherence to the party line, whatever the party might be.

Then the meaning seemed to become restricted to the use of language. 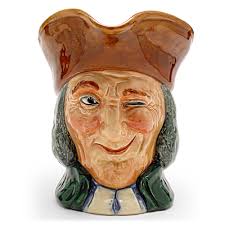 The Vicar of Bray

Undoubtedly political correctness did get expressed in language. When South Africa was ruled by the National Party, “natives” became “Bantu” and later “Blacks” (with a capital B), and the politically correct changed their usage in accordance with the approved pattern. When “Native Reserves” became “Bantu Homelands” the politically correct changed their terminology accordingly. The politically incorrect would precede “Homelands” by “so-called”, or would use air quotes when they said it.

The primary example, the paradigm and model of political correctness is the Vicar of Bray.

But now there seems to be a further narrowing down of the meaning of political correctness, especially in the USA, for example in the following article, in which it seems to be defined solely in terms of “offense sensitivity” — The Personality of Political Correctness – Scientific American Blog Network:

The researchers found that PC exists, can be reliably measured, and has two major dimensions. They labeled the first dimension “PC-Egalitarianism” and the second dimension “PC-Authoritarianism”. Interestingly, they found that PC is not a purely left-wing phenomenon, but is better understood as the manifestation of a general offense sensitivity, which is then employed for either liberal or conservative ends.