Kim by Rudyard Kipling
My rating: 4 of 5 stars

The other day I came across an article about St Nicholas of Japan’s approach to Buddhism, and I blogged about it here Christianity and Buddhism | Khanya. St Nicholas acquired his knowledge of Buddhism at first hand, from Buddhist sources. He lived among Buddhists, talked to them and read and translated their scriptures.

My knowledge was much more remote. We learned something about it in history classes at school, and then, in our English classes, we were given Kim to read.

Kim is fiction. It’s about a 13-year-old boy in Lahore in what is now Pakistan who attaches himself to a Tibetan lama who is searching for a river of healing. Kim is a street kid. He is worldly wise, an expert beggar, and he is impressed that the lama, unlike most holy men of his acquaintance, is not in it for the money. As he sets off with the lama in search of the river, however, he is given a message and a packet by an Afghan horse trader of his acquaintance to deliver to a British colonel. At that time the British ruled India, and the message was an intelligence report. So Kim becomes a teenage spy.

After reading St Nicholas’s account of Buddhism, I looked at Kim again, intending to glance quickly at it to see where some of my earliest knowledge of Buddhism had come from. But I read it all the way through, for the fifth time, though the previous time was nearly 30 years ago.

Why read a book five times? I’ve read only a few books through five times, and it is because I found something new in them each time I read them, and this time was no exception.

One thing that struck me this time was that the last time I had read it, in 1988, the Cold War, which we had thought would last for ever, was about to end. And this time the Cold War is starting up again, and so a lot of things that passed me by in previous readings suddenly stand out. 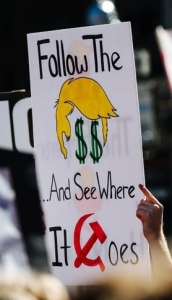 One of the themes of Kim is the clash between British and Russian imperialism. So in a sense it is very up-to-date. The Russophobia in the book reflects the Russophobia we see in the news and in social media every day. One merely has to mention the name of a Western politician as having a less than hostile attitude to Russia for that politician to be discredited, at least in the minds of some people. There is no need to say what the politician has done wrong, or what the Russians have done wrong. He talks to Russians, he’s a bad guy. It’s as simple as that. And so in the book, the bad guys are all those who make friendly overtures to the Russians, and the aim of the British spy network is to detect and neutralise them.

As the story goes on Kim himself is more deeply drawn into the spy network, and is educated and trained for the task, though his education is paid for by the old lama. During the school holidays, however, Kim goes back to the lama and joins him in his wanderings, much to the disapproval of the school authorities, who regard the lama as a street beggar.

On my first few readings the parts I liked best were Kim’s wanderings with the lama, and the accounts of the different religions, castes and cultures of India, the human variety, and the vivid descriptions of the different characters.

But always the lama stood out. from the rest as a centre of tranquility. It looks as though, in writing it, Kipling was himself torn between the worldly concerns, including the concerns of British imperialism, and the thought of the lama, that all this was illusion, and a hindrance to enlightenment.

I’ve never been to India, so I’ve no idea how accurate Kipling’s characterisations are, but they are certainly vivid and lifelike. He describes Hindus, Muslims, Christians and Jains, and really just one Buddhist, the lama who is central to the story.

One difference between this and my previous readings of the book is that in the previous readings I had very little idea of Orthodox Christian asceticism, Since then I have learnt a bit more about it, and, as I noted in my article on Christianity and Buddhism, there are several external similarities. On rereading Kim the resemblances between the lama and an Orthodox spiritual elder (geron, starets) become even more marked. Both strive for dispassion (apatheia), and the lama repents when his passions get the better of him, as when one of the villains (Russian, of course) tears a drawing he has made of the Wheel of Life, and he reacts with anger. So, perhaps, an Orthodox monk might react if someone desecrated an ikon he had painted, and so might he repent afterwards. Only on the penultimate page of the book do the differences really stand out, and the impersonalism of Buddhism becomes really apparent.

Even the first time I read it, at the age of 14, I enjoyed fir first 100 pages, when Kim was wandering with the lama on his spiritual quest, more than the rest of the book, where the spy story seemed to take over. This time, however, it seemed different. The theme of the spy story is present from the beginning, only I had not noticed it so much before. And even in the last 100 pages, where it become central to the action and motivation of the characters (except for the lama) it seems that there is a contrast between the two ways — the violence of the world’s way, with the calm of dispassion, as the lama explains to Kim:

The blow was but a shadow upon a shadow. Evil in itself, it met evil in me — anger, rage, and a lust to return evil. These wrought in my blood, woke tumult in my stomach, and dazzled my ears. Had I been passionless, the evil blow would have done only bodily evil — a scar, or a bruise, which is illusion. But my mind was not abstracted, for rushed in straightaway a lust to let the Spiti men kill. In fighting that lust, my soul was torn and wrenched beyond a thousand blows.

Apart from the notion that a bodily injury is illusion, I see little there that might not have been said by a Christian spiritual elder.